You might be thinking Whaaat? But Northern Arizona got dumped on last week. We got about 4 feet of snow in four days, and keep in mind much of the area is around 7000 feet. Besides days spent at Arizona Snowbowl skiing the powder, and back-country skiing around the San Francisco Peaks, we spent days digging out. Last weekend we got the van dug out and headed toward the canyon for some cross-country skiing fun. 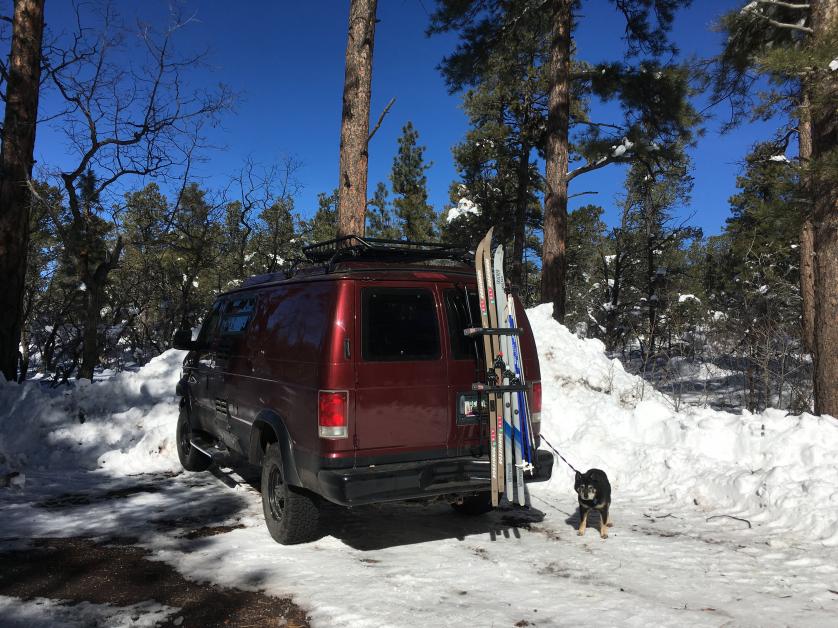 We usually stick to the East rim, as much of it is quite a bit higher than the rest of the park, and gets more snow. We parked between Yaki and Grand View points and skied along the rim Saturday evening and Sunday morning.
The Park Service really does a great job maintaining the roads, it just takes a couple of extra days to plow this far end of the park.  They keep the roads to Hermits Rest and Desert View closed until they do. 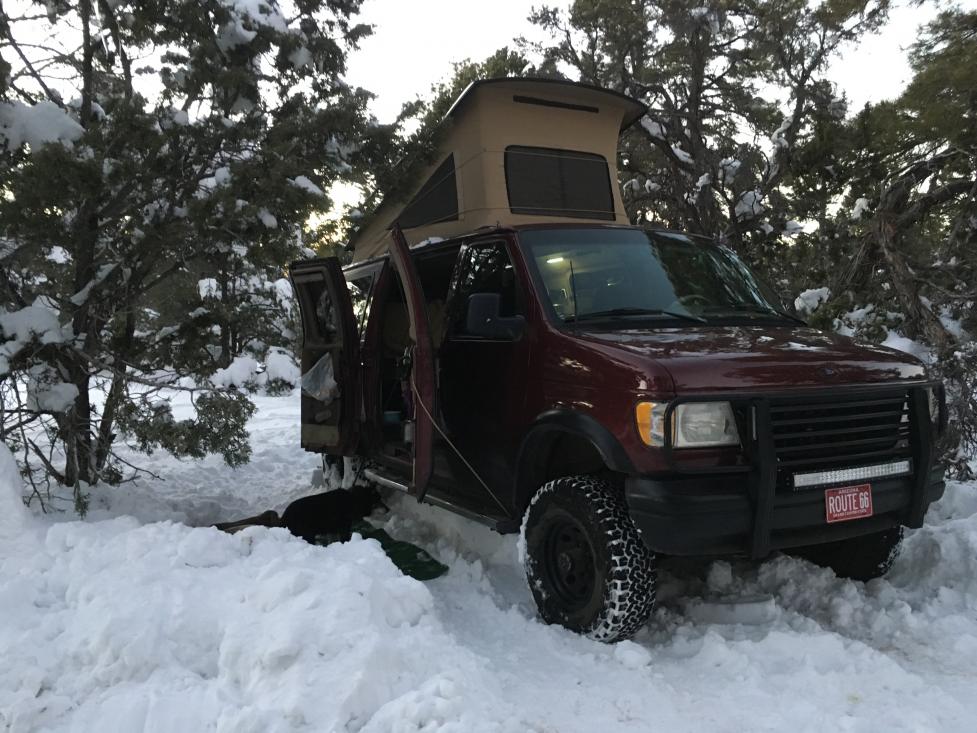 The cool thing about the Grand Canyon is they keep a portion of the campground open all year round.  Which really means they plow two loops and keep a couple of heated bathrooms open.  We self checked in Saturday night and found that they had a snow shovel available to borrow.  Soon after we discovered why.  The road was plowed, but none of the sites were.  We returned to the office and retrieved the shovel then picked a site.   With the snow shovel, and my own spade we cut down the plow line and moved just enough snow to back the van into a site. 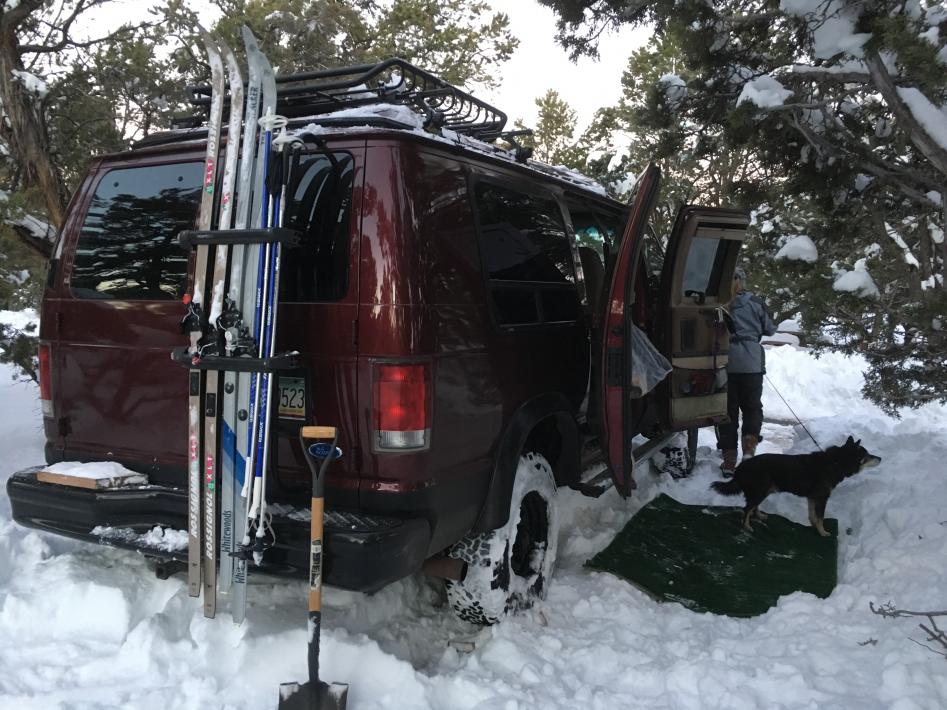 We didn't figure that we needed to get too crazy since we had four wheele drive.  Besides it was cutting into our adult beverage time...  We threw down our little astro turf throw rug outside for the dog to lay on, fired up the furnace, and settled down for a cool winter's evening.  We have camped in the freezing cold before, but not like this... Our Propex 2000 kept us at 60 all night long.  We brought the dog inside to sleep, although he would have been just as happy outside. With his thick coat, he loves winter.   Anyway, thanks for reading. 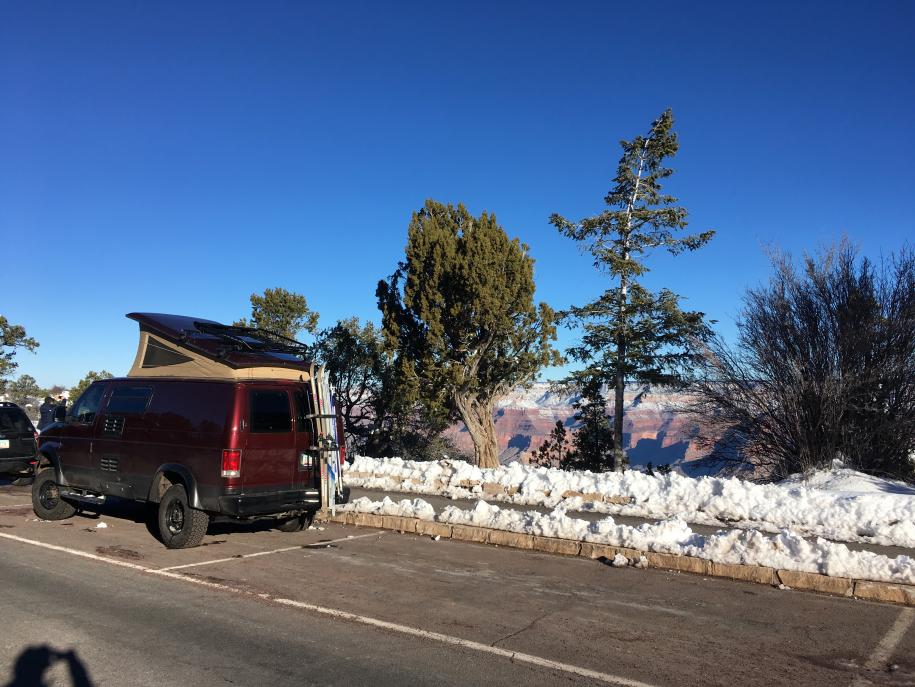